Nicknamed “Iron Mike” and “Kid Dynamite” in his early career, and later known as “The Baddest Man on the Planet”, Tyson is considered one of the best heavyweights of all time.

At 54 years of age, he will be back in the ring facing Roy Jones Jr for a pay-per-view 8 round exhibition match on 12th September 2020.

It seems apt then that we have just framed a signed pair of his shorts (I am sure he has another pair to wear for the forthcoming fight!).

Our customer chose a simple, but deep, black frame with white back and face mounts, but with a 3mm second “inner mount” in red, which picks out the red in the decals on the shorts.

The shorts are kept away from the glass by a spacer which cannot be seen behind the face mounts which are set forward against the glass. This gives a nice shadow effect as can be seen in the photographs. 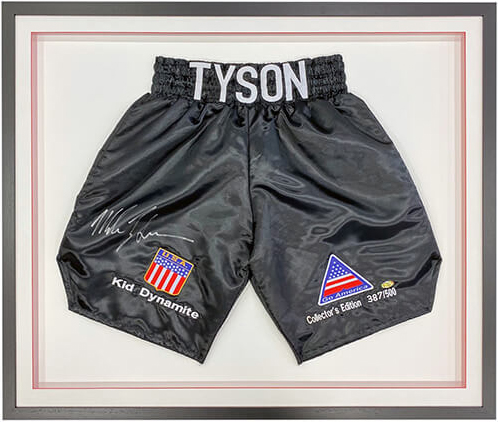 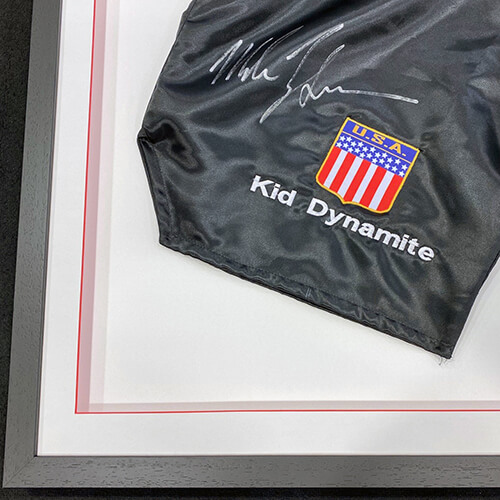 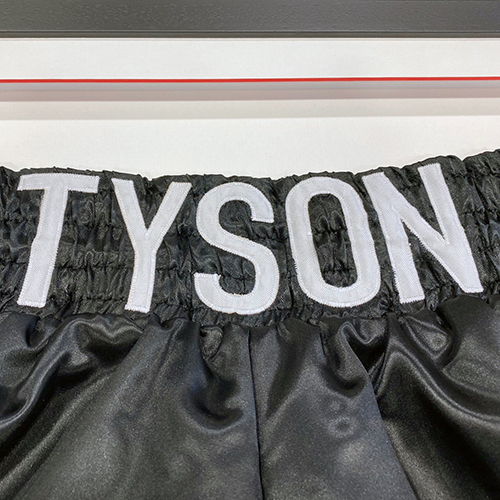