A few months back we made this deep display box for Leon Sinks’ signed glove and photo.

The photo was from his February 1978 Undisputed Heavyweight Championship win over Mohammed Ali in Las Vegas. He was the only man ever to beat Ali in a title match.

In September 1978 Ali won in the rematch fight.

Due to the size of the glove, we had to make a very deep box frame to accommodate it without it being squashed against the glass a the front,

Due to the angle that the photo was shot at, it does appear that the glove and the photo are not central, they are.

Here is a link to more details about this legendary title fight. 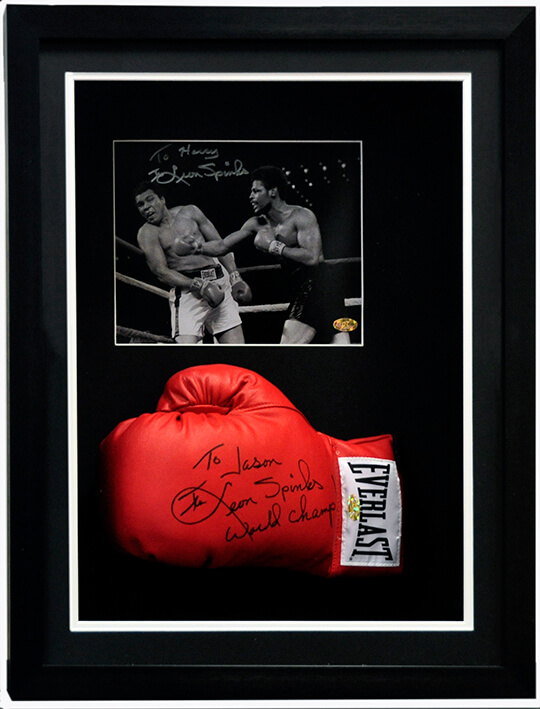