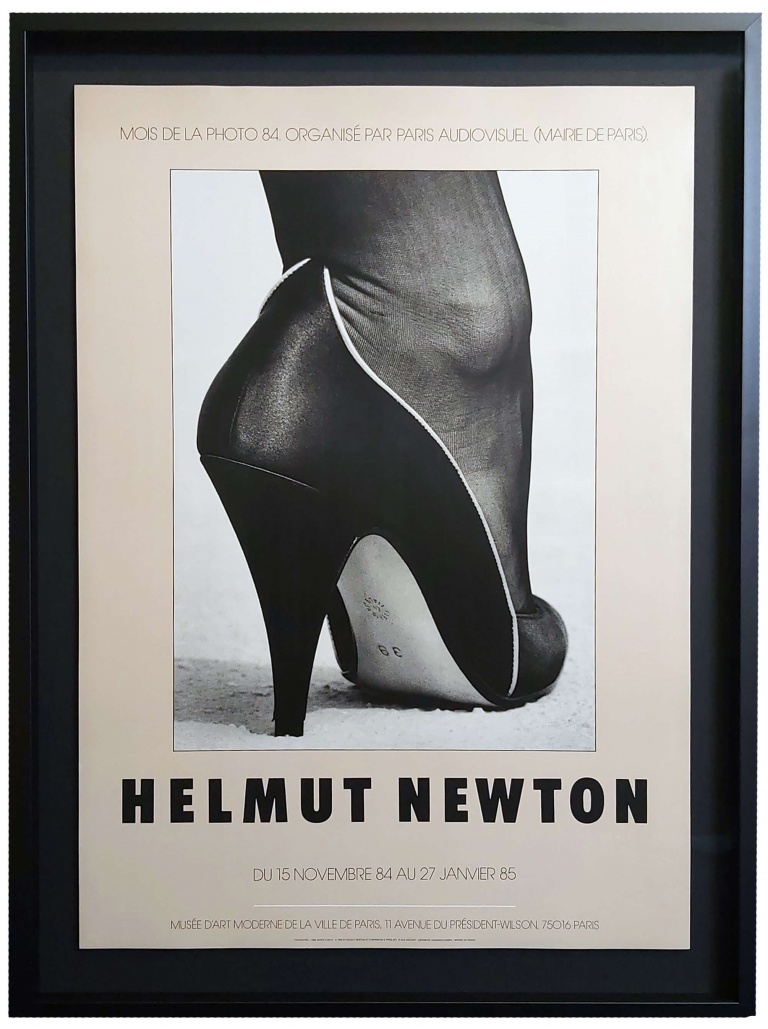 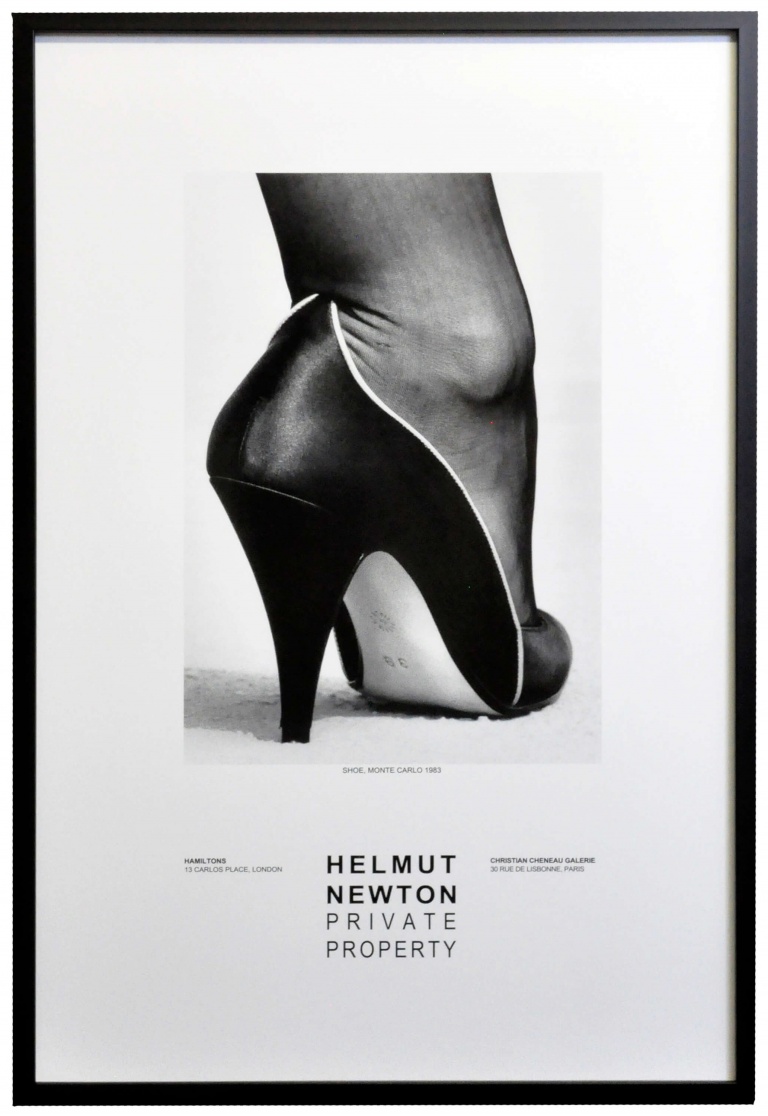 Helmut Newton was a German-American photographer. The New York Times described him as a “prolific, widely imitated fashion photographer whose provocative, erotically charged black-and-white photos were a mainstay of Vogue and other publications”.

We were asked to frame these two posters  from different decades; one being an original and the other a copy of a more recent exhibition of his work.

The original has been shadow mounted on a black backdrop to create a dramatic contrast that celebrates the black and white photograph in the poster.

As the modern edition is a much larger print, the client didn’t want to add a mount as the overall size would be too large for the wall where he plans to hang it.

We decided to dry mount it and made a box frame with wooden fillets in order to keep the glass off of the image, thereby prolonging its longevity.