Diogo Machado (ADD FUEL) – Home Is Where The Heart Is

This print has a layered effect and looks like several pieces of wallpaper (with a tile design) have been torn to reveal further layers beneath.

This is called “shadow mounting” and adds an extra dimension to the artwork.

This piece is called Home is Where the Heart Is, by Diogo Machado (aka Add Fuel, born 1980). An accomplished graphic designer and illustrator, he has been building a solid reputation as a visual and graphic artist in recent years. Having first created a unique visual universe populated by sci-fi inspired, fun-loving creatures, the Portuguese artist has recently redirected his attention to reinterpreting the language of traditional tile design, and the Portuguese azulejo in particular. Brimming with irony and humour, his vector-based designs or stencil-based street interventions reveal an impressive complexity and a masterful attention to detail. He has been exhibiting his work in both solo and group shows since 2006 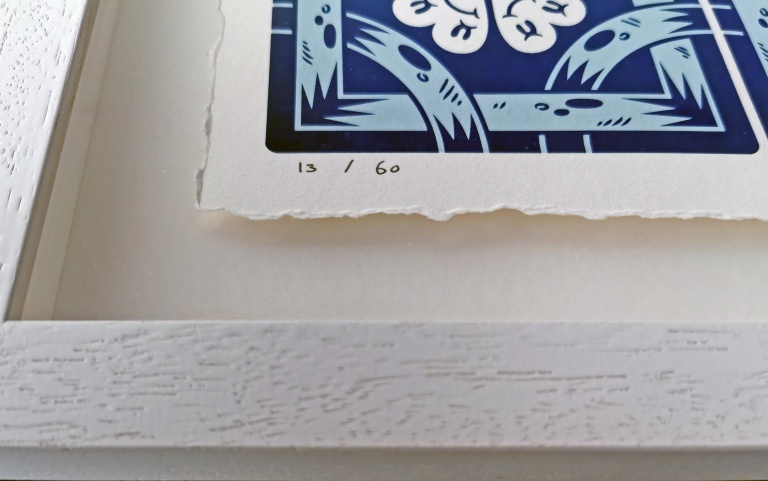 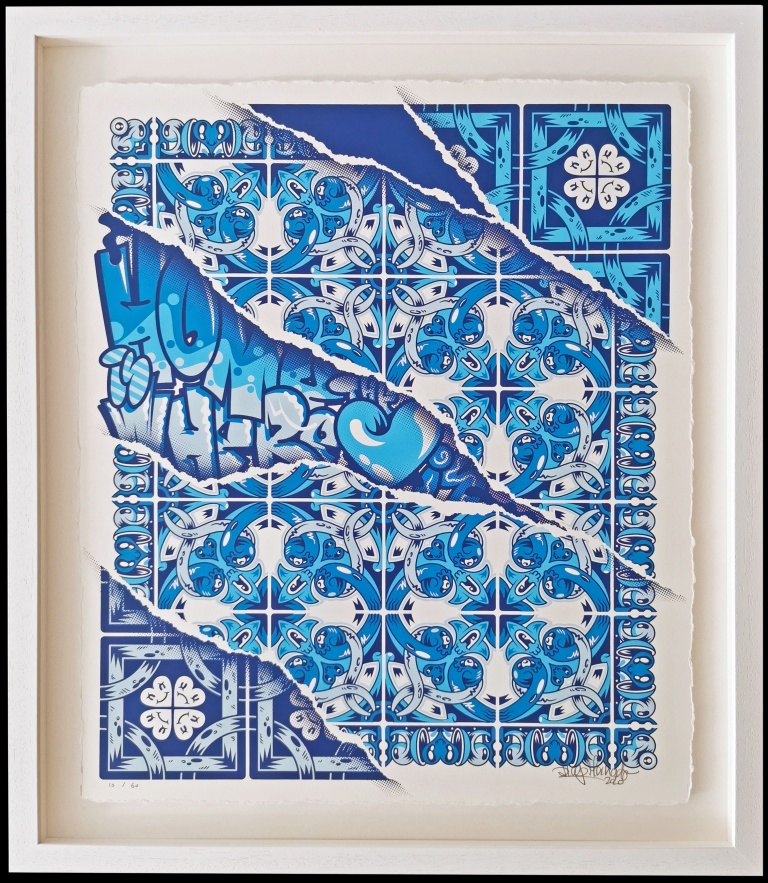