Don’t leave your (or your relatives’) medals in a drawer or boxed away in the loft or garage. Bing them to Inspirations framing, where we can create a beautiful frame for you, then hang them on the wall at home and be proud … they took courage and bravery to achieve.

The medal on the left is the British Empire Medal.

The British Empire Medal is granted in recognition of meritorious civil or military service. Recipients are entitled to use the post-nominal letters “BEM“.

Since December 1918, the honour has been divided into civil and military divisions in a similar way to the Order of the British Empire itself. While recipients are not members of the Order, the medal is affiliated to it.

Between 1993 and 2012, the British Empire Medal was not awarded to subjects of the United Kingdom, although it continued to be awarded in some Commonwealth realms during that time. The practice of awarding the Medal to British subjects was resumed in June 2012, to coincide with the Queen’s Diamond Jubilee but only in the civil division.

Since March 1941 a clasp attached to the ribbon can be bestowed to denote a further award.

A holder of the BEM subsequently appointed to membership of the Order of the British Empire, is permitted to wear the insignia for both.

We have framed these medals in a deep frame  with a double face mount (using a suedette textured mount) with the inner mount just showing a few millimetres to give a red pinstripe to match the ribbons and a dark blue outer mount and matching back mount. 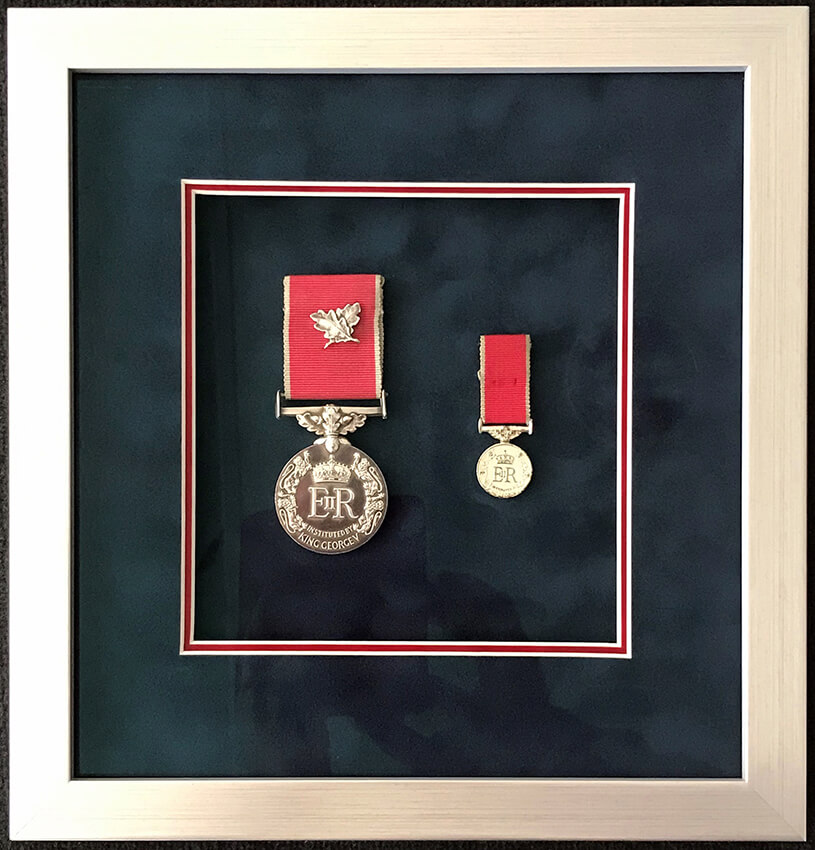