Unfortunately for their fans Arsenal seem to be having yet another poor season (by their standards), when their was some cause for optimism at the start of the season.

Perhaps that is the reason why we were asked to frame a piece of memorabilia from a few seasons ago when they won the FA cup back in 2014 (beating Hull 3-2 in the final). The shirt is signed by members of the Arsenal Team.

It should be noted that although Arsenal have not won the Premiership for some time, they have had very good results in the FA Cup, winning it 3 times since (2015, 2017 and 2019) and are the current holders. This brings the Arsenal FA Cup win tally to 14, more than any other club.

Our customer chose a deep black frame with a double face mount, white for the outer and then a red to match the red in the shirt as a thin inner mount. These face mounts are set against the glass, giving a shadow effect around the edge as the back mount (also white) with the shirt are set to the back. There is a small commemorative plaque set against the mount below the shirt. 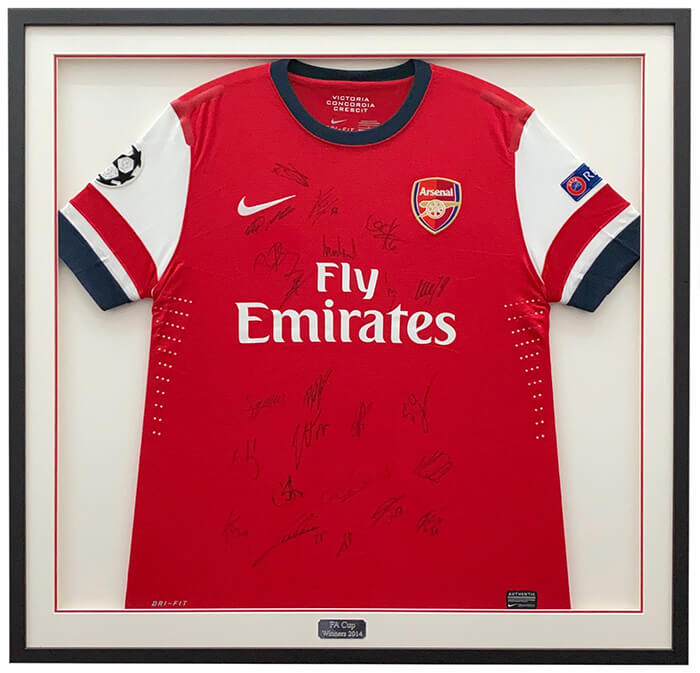 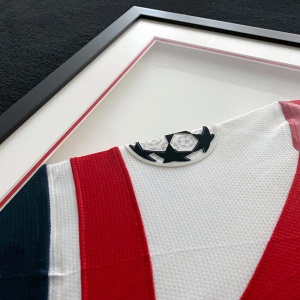 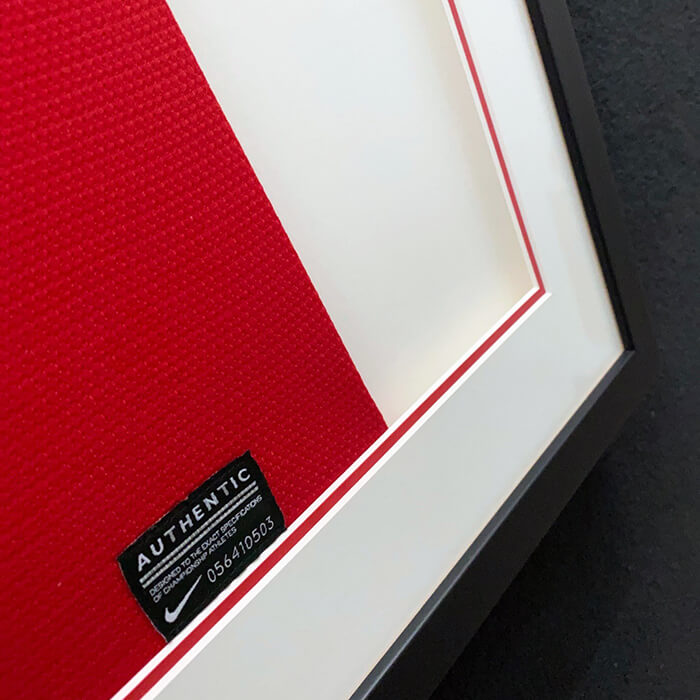